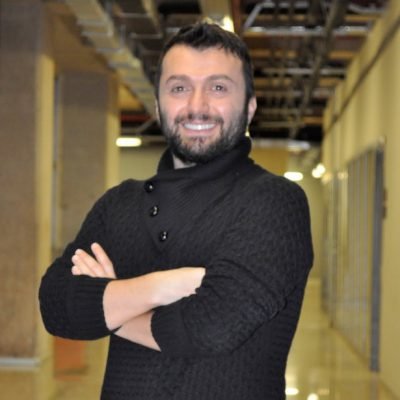 During his undergraduate education, Aktan, who studied in German Translation and Interpretation and Psychology departments by taking advantage of the double major program offered by his school, completed his undergraduate studies at Okan University. Aktan took part in a student exchange program during his undergraduate education and continued his education at Johannes Gutenberg University of Mainz in Germany for 1 year. Not only to improve interpretation and language skills, but also social skills, Aktan took part in three different training camps held at Osnabrueck University in Germany during the summer periods. After graduating from Psychology and German Translation and Interpretation departments, Aktan went to England for his specialty training in the field of psychology and completed his specialty training on “Clinical Child Psychology” at Cambridge Anglia Ruskin University. After returning to Turkey, he took the first step on his academic career journey at Okan University Child Development Associate degree program. During his career at Okan University, Aktan gave lectures on child psychology in units such as the Faculty of Health Sciences, Health Services Vocational School, Faculty of Medicine and Institute of Social Sciences, simultaneously he served as the Head of the Associate Degree Child Development Department and the Head of the Child Development Master Program at the Social Sciences Institute. In the same period, he completed his doctorate education in Istanbul University Clinical Health Psychology Doctorate Program with child-adolescent-focused clinical practice and he completed his thesis studies and received the title of Dr. Instructor. Aktan, who started his career at Işık University Child Adolescent-Focused Clinical Psychology Graduate and Doctorate Programs as of August 2018, still continues to work as an instructor in the same program and works as a child and adolescent therapist in various clinics in order to prepare more efficient and practical innovative content for his students. On the other hand, besides his academic studies, he has three books, he wrote one of them, he edited the other, and he participated as a writer of one chapter at one book.

The Traumatic (!) Effect of Divorce on Children

According to the literature, the democratic family structure, in which children have the right to speak, their opinions are taken in consideration and they are aware of their worth as individuals, is one of the most important needs for a healthy psychosocial development (Cüceloğlu, 2016; Yavuzer, 1986). The positive family structure, which contributes to the development of the child both mentally and physically, plays a very important role in terms of the relationships the child establishes with his / her self. However, contrary to popular belief, the thing that contributes the most to the child in a healthy family model is not only the bond of love that is formed by unconditional acceptance from the mother and father (Jablow & Samalin, 2020). According to Carr, there is a third relationship in the family concept that can be considered as an emotional source in addition to the positive relationships that the child establishes with his mother and father in developing positive psycho-social characteristics. A powerful protector, perceived as a third parent like mother and child, is the relationship between mother and father (Carr, 2011).

For a child growing up in a democratic family, divorce is one of the most important blows s/he can take for fear of losing their strong relationship. For the child who grows up with a family structure where he is understood, listened to and has the right to speak, it is perhaps one of the most important family experiences in which he cannot have the right to speak, and precisely for this, it is frightening. The child, whose opinions are taken in relation to the decisions about his/her family and him/herself before, is confronted with such a decision without taking his/her opinion for the most important change in his/her life, s/he faces his/her first trauma, perhaps the most feared. In fact, not taking his opinion in such a scenario is perhaps the mildest of the traumas of this stage of the child, because the concept of family, which has been used to being together from the first moment of birth and where many emotional needs are met, is about to disappear. Another of the strongest traumas that the child gets through during the divorce is related to their uncertainty about the future. The idea of what other decisions the child, who has no say in this decision, will face, makes her/his life more and more difficult. On the other hand, one of the two important sources that s/he gets support while coping with the life will not be available every time s/he needs it. Another nightmare for the child, who has to be divided between two sources of life, is the question of how to maintain the balance between these two sources.

All these questions are among the most important questions that children whose parents are divorcing are expressing anxiously and puzzling their minds in the therapy rooms. But is the divorce process really as dark as the child envisions? Does divorce traumatize children? Or does every divorce process leave a traumatic effect on the child? More importantly, is divorce traumatic only for children growing up in democratic families? What about children growing up in an authoritarian family structure? For example, do children who grow up with an oppressive parental attitude immediately become accepting and submissive in a divorce decision, as in other decisions? So what is the “alienation from the parent syndrome” that is frequently encountered during the divorce process? Are there families where divorce is protective for the child? Can there be positive improvements in the child’s behavior and various psycho-social characteristics with the help a divorce process? So, as a result of divorce, does the child have to lose the three important aspects of the relationship between their parents and them? Even if the parents divorce, can the relationship between the parents, who take a protective role as the third parent of the child, continue to be strong for the child?

The aim of this study is to convey the “traumatic” and “protective” side of divorce by presenting examples of the fear of divorce and various cognitive distortions of families who come to the therapy room with questions about divorce, and to shed light on the possible needs of children in this process.