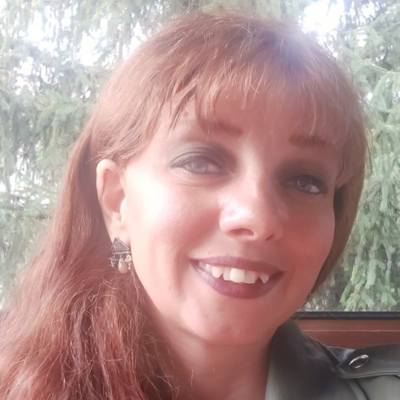 Ilgın Gökler Danışman graduated from the Department of Psychology at METU in 1998, and then received her Master’s degree in Clinical Psychology from the same university in 2001. She completed the Clinical Psychology Doctorate Program at Ankara University in 2008. In 2007, she completed the family therapy training and supervision program at the Ackerman Institute for the Family in New York, USA. In addition to her academic interest in family systems and family therapy, she also worked as a family therapist and gave training and supervision on Systemic Family Therapy. She works extensively in the field of psychological trauma. She has been an active member of the Trauma Study Group of the Turkish Psychological Association since 1998. She is also a founding member of the Association of Psychosocial Services in Disasters. She graduated from the International Trauma Studies Program of Columbia University in 2006. Current research topics include family life cycle and crises, psychotraumatology, transgenerational transmission of trauma, traumatic loss and grief, psychosocial aspects of terminal illnesses, child and adolescent psychopathology, early mother-infant relationship and prenatal attachment.

Loss of Parents, Siblings and Grief in Childhood
Many children and adolescents experience the loss of a close family member for various reasons. Childhood is a life stage where vulnerability is high in the face of the loss of a first-degree family member such as a mother, father or sibling. This vulnerability may be deepened by the fact that other family members who are expected to provide support to the child are also drawn into their grieving process. The effects of traumatic experiences in childhood largely depend on the characteristics of the developmental period in which the event occurred. For this reason, a developmental perspective must be adopted when dealing with loss and mourning processes in children. In addition, loss and mourning are not a situation experienced by the child individually, but rather a process of mutual interactions, experienced within the family and wider environmental context. Therefore, the systemic approach provides an important framework when trying to understand the child’s reactions after the loss of close family members and their psychosocial adjustment in the following periods. When a family member dies, children and other survivors don’t just grieve for their lost loved ones. At the same time, there is an expanding mourning process due to the fact that the family, which is an interactional system, has undergone an irreversible change due to this loss. Although research mostly focuses on the impact of the loss of a first-degree relative on individual family members, in fact, multiple losses are experienced in the family system from many perspectives at the same time. For example, the loss of a parent for the child, but also the loss of a spouse for a husband or wife; for older generations in the family, it means the loss of their own adult children. Therefore, the reaction of each will affect each other in a chain and will be reflected in the whole family system. These reflections in the family will again cyclically affect all family members, including children. Difficulties and emotional distress in the child’s adjustment arise not only due to the law, but also due to changes in the field of emotional interaction in the family. The death of one of the parents in the family necessitates a change in family dynamics. There are inevitable changes in family roles, communication patterns, and relationships with parents and siblings left behind. After the death of a parent, many other changes occur within the family that directly and indirectly affect children. The surviving parent mostly mourns the loss of their spouse and tries to cope with the responsibilities and difficulties of being a single parent family. This situation hinders the psychological accessibility of their parents who are alive for the children; It limits the time devoted to the parent-child relationship and does not adequately allow the parent to exist as a supportive figure during this challenging period in the child’s life. Weakening of the financial conditions of the family; city, neighborhood, school change; Changes, such as the remarriage of a surviving parent, exacerbate the impact of the loss of a parent. All these changes have the potential to negatively alter the grieving child’s basic assumptions about the world, life, others, and himself, thus making adjustment difficult or disrupting. Researchers suggest that in the grieving process following the loss of a parent, it is necessary to understand the interaction between the lost child, the deceased parent, other primary caregivers, and the characteristics of the family system. Similarly, it is important to consider the loss of siblings at the level of the family system. Discussions dealing with grieving after the death of a child mostly focus on the experience of parents who have lost a child. This orientation in the literature reflects the approach of the social environment that ignores children who have lost a sibling. As in other examples of “deprived mourning”, the bond of brotherhood is often not valued by the social circle; the grief of the brothers left behind remains invisible. However, from the point of view of such a lost child, on the one hand, it means the loss of a very important relationship in his life, and on the other hand, the relationship with his parents changes. In this presentation, the effects of the loss of parents and siblings in childhood and the grieving process will be discussed in depth with an approach based on a systemic perspective.
Bu internet sitesinde, kullanıcı deneyimini geliştirmek ve internet sitesinin verimli çalışmasını sağlamak amacıyla çerezler kullanılmaktadır. Bu internet sitesini kullanarak bu çerezlerin kullanılmasını kabul etmiş olursunuz. Çerezleri nasıl kullandığımız, sildiğimiz ve engellediğimiz ile ilgili detaylı bilgi için lütfen “Çerez Politikası” sayfasını okuyunuz.
Çerez Ayarları KABUL ET REDDET
Manage consent