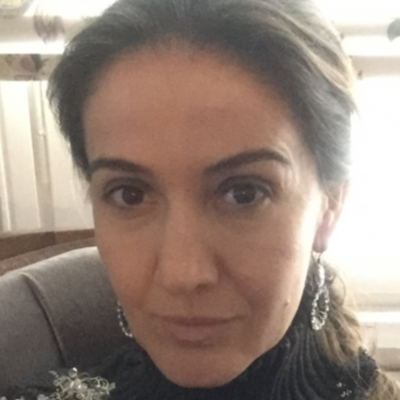 She is a graduate of Boğaziçi University Psychology Department and International Relations and Political Science double major program. She continues to be a lecturer with the title of Associate Professor at Istanbul University, where she completed her master and doctorate education in Clinical Psychology. She gives “Rorschach and Thematic Apperception Test” training in Rorschach and Projective Tests Association, of which she is one of the founder members, and is also the editor of the magazine of “Yansıtma”, which is the publication of the association. In addition to her research projects on femininity, perinatality, motherhood, and parenthood, she continues her psychoanalytic formation as a member of the Istanbul Psychoanalytical Association and continues her adult-focused individual clinical studies.

WOMEN AND TRAUMA:
TRAUMATIC TRANSFORMATIONS IN THE DEVELOPMENT OF FEMININITY

Starting from weaning, the girl continues on her way with various anxieties and losses such as castration anxiety, lack of penis, menstruation, deterioration of chastity, anxiety about having a child, fear of not being able to have a child, childbirth, anxiety about losing the baby, menopause and loss of reproductive functions, and in cases like these traumatic effects are quite acceptable.
We know that not every situation that creates distress and discontent can be included in the scope of “psychic trauma”. What matters is the extent to which the spiritual economy has deteriorated. When women are mentioned, reasons such as cheating, deception, immoral offer, violence, harassment-rape, kidnapping-abduction can also be situations that can cause trauma.
In general, traumatic events remind the person of one’s own mortality and can deeply affect every area of the life (Dürü, 2006). Although people’s reactions to traumatic experiences are considered “normal”, these symptoms can cause deterioration in one’s functionality and functioning of the psyche.
The most inhibiting aspect of trauma is that it does not allow symbolization. In the face of trauma, the self’s protective shield breaks down and the self is suddenly invaded by more stimuli than it can handle; The distinction between reality and fantasy almost disappears.
Winnicott (1967) argues that the most distinctive feature of trauma is that it transforms the aggressive, destructive unconscious phantasy into reality and creates a rupture and violates the boundaries at a time marked by a point of no return where the world will never be the same again. Trauma reverses the belief that the world is a reliable, predictable and controllable place, and puts people into a new perception of the world (Bergner, 2009).
When people’s sense of trust is deeply shaken, some mental problems can be seen. The important thing is whether the situation perceived as traumatic can be placed in one’s own history, and if it does not, it keeps going to exist continuously in the present and in reality.
In traumatic situations, it is common for reality to invade the psychic order and to reveal the aspect that disables the ability to feel alive. The study was conducted with female patients who went through these processes where conditions that determine the development of femininity/womanhood, such as menstruation, pregnancy, childbirth, infertility or menopause, invade the psyche of the woman in a compelling way, shake the adaptive capacity of the woman, cause inhibition, and damage the capacity of creation and ongoing existence. It is easily observed in psychotherapeutic studies.
Ferenczi (1931) argues that dreams are an attempt to gain better control over and come to terms with traumatic experiences, even if they create displeasure beyond desire satisfaction. While childhood seductions and traumas, current neuroses, and of course, traumatic experiences at the social level and their spiritual reflections require working with issues related to external reality, it is possible to evaluate and analyze the functioning of psychic reality in psychoanalytic studies.
Psychoanalytic theory maintains that the girl’s fusional desire to return to her mother’s womb persists until she becomes pregnant. Conveying this relationship, which she learned with her own mother, to someone else, causes the previous relationships to be revived. As a result, the woman deals with the problem of separation from the mother throughout her life, and all the conflicts and concerns related to this become more evident during the pregnancy and postpartum period, and sometimes they can be traumatic.
Abraham (1922) says that castration trauma in women is amenable to revival at key points in feminine development. According to him, the moment of childbirth is one of these moments. According to Belot (2016), the new mother is faced with both her own stimulus at that moment, the stimulus created by the resurgence of infantile conflicts, and the stimulus brought by birth trauma. It needs a strong stimulation shield and functional defense mechanisms to overcome these stimulations. Not being able to have a child is even more traumatic; The idea that menopause is the last traumatic experience in a woman’s psychosexual development and a narcissistic wound that is difficult to treat is also frequently suggested (Deutsch, 1984).
All these possible trauma situations will be addressed at this conference.