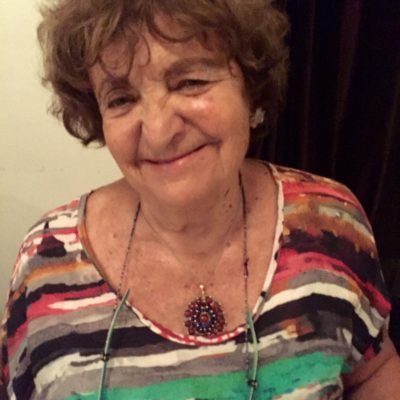 Biancha Lechevalier is a child and adult psychoanalyst affiliated with the Paris Psychoanalytical Institution. She is a former Neuro-psychiatrist at the University of Paris Medical School. She taught Psychopathology courses at Caen University (Normandy). She is the former director of the CMPP (Medical – Psycho – Padiatrics) Clinic of the University of Caen. Since 2004, she has been an International Psychoanalysis Association PSİKE Group analyst. She is also the winner of 2003 F. Austin Memorial Award. She has been treating autistic children since 1965. She is the author of several book chapters and articles in French and English on psychosomatics, autism, dreams and Shoah survivors, as well as 4 book authors: Traitement psychanalytique mère- enfant, 2004; Le Souffle de l’Existence, 2016; Les Contes et la Psychanalyse, 2001; Le corps et le sens, 1968.

My nearly 50 years of practical experience has enriched my theory. Fathers also participate in my treatment process. Psychoanalysis has a preventive role in the early mother-baby relationship. It prevents the formation of heterogeneous personalities, serious psychosomatic diseases and autistic armor. In the therapeutic process, the search for a multi-faceted cause is not intended. It is tried to prevent the family from feeling guilty. This is a dynamic approach to the mother-child relationship in an area where parents’ intergenerational linkages are discovered and play the role of psychotherapist. Early analysis is a guardian against mental health problems in adulthood